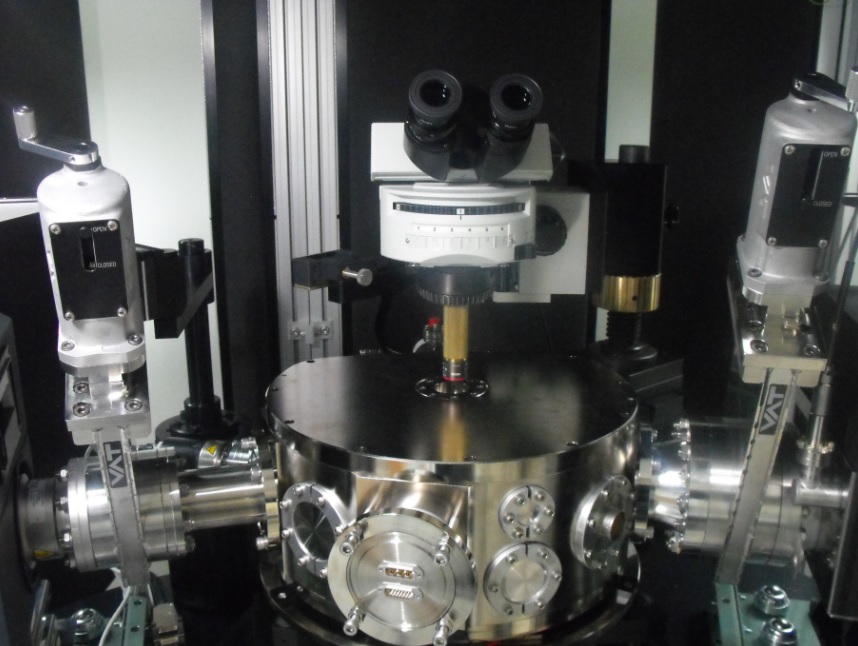 The Cryoview enables measurements of low temperature electrical, optical, magnetic, and thermal properties of materials fully integrated with near-field and far-field optics, Raman, and fluorescence spectroscopies. It opens new avenues for multiprobe measurements including transport properties of materials at temperatures as low as 10K.  The CryoView is an award-winning, must-have tool especially suited to probe 2D materials such as graphene, MoS2, BN, TaS2, NBSe2, WS2, HfO2, metamaterials, and metasurfaces as well as other functional material materials such as Si, carbon nanotubes, III-V semiconductors, and quantum dots.

Many of these materials with their associated properties require a wide variety of physical phenomena that must be applied for a full functional understanding.  Examples include: nanometric photoconductivity and other optically related properties, nano electrical characteristics (electronic mobility, charge carriers, etc.), thermal properties, and quantum Hall effect.  All these phenomena can be investigated using apertured and scattering modes of NSOM and sSNOM and/or Kelvin probe, which are often coupled with Raman chemical characterization and other optical spectroscopies such as photoluminescence.

Compatible with any SPM probe including cantilevered probes

Any probe, including cantilevered probes, can be mounted onto the tuning fork for a full range of SPM capabilities at low temperature. All AFM and STM probes are compatible with the CryoView MP.

All probes in the CryoView MP have unobstructed access from above and below enabling full integration with optical microscopes and optical methods at low temperature.  With selection of correct probes, AFM-Raman or NSOM can be performed with any of the probes in the system.

The multiprobe design in the CryoView MP is uniquely suited for electrical, thermal, and optical transport studies.  One probe can be used to excite or optically pump the sample, while a second probe can detect the results of the excitation.  A third and fourth probe can be then be used for further study and characterization.  Numerous examples of transport studies that can be studied with our multiprobe system can be found here including electrical transport on graphene with simultaneous Raman or simultaneous reading and writing of protein features on a sample.