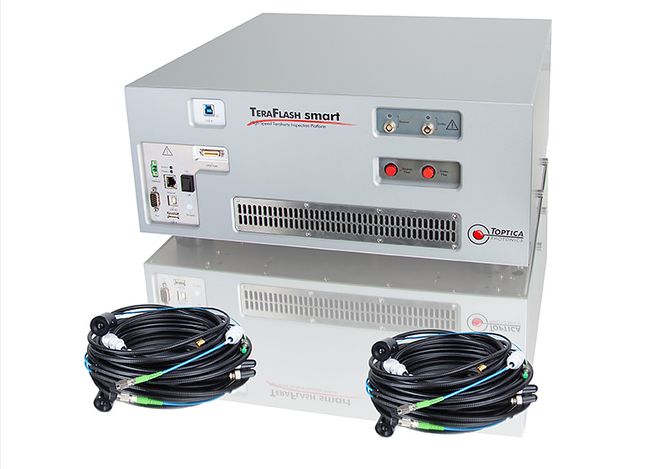 Industrial thickness gauging of polymer layers at top speed: Fraunhofer ITWM and TOPTICA Photonics have jointly developed an industrial solution for inline coating thickness measurements in non-destructive material testing. Setting a new speed record for thickness gauging, the system accomplishes 1600 measurements per second, and is thus suitable for use on rapidly moving samples in a production line.

The jointly developed terahertz inspection system enables thickness measurements of both single-layer and multilayer samples. Due to its high versatility, the measurement technique is compatible with a wide range of coating thicknesses and geometries. With application-specific adaptations, the system even becomes suitable for thinnest coatings down to approximately 10 micrometers.

Dr. Joachim Jonuscheit, deputy head of the department "Material Characterization and Testing" at Fraunhofer ITWM, illustrates the potential of this concept: "The combination of fast terahertz technologies with real-time data evaluation is unique and opens up a multitude of new, previously impossible inline applications, which we believe to be of great benefit especially for the plastics industry."